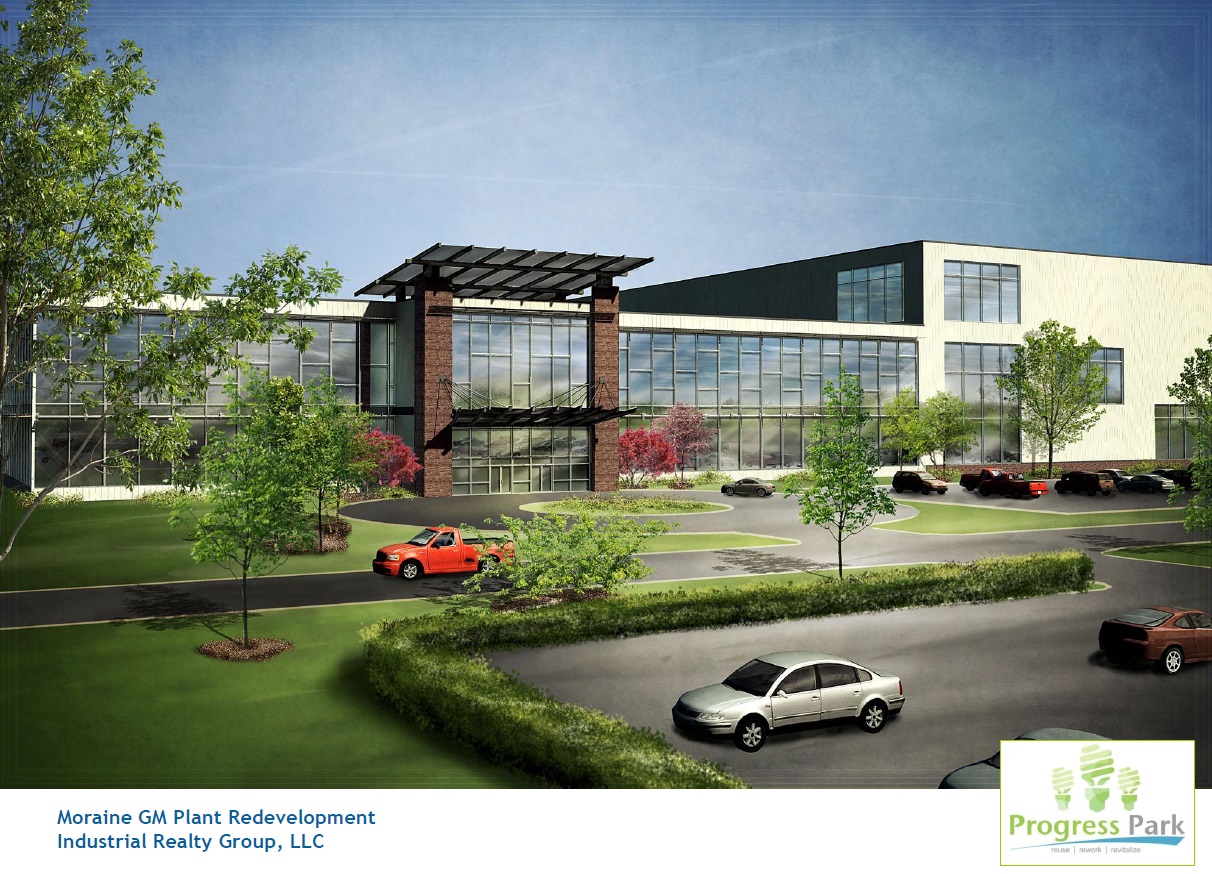 Challenge
General Motors (GM), one of America’s top automotive manufacturers, shut down its Moraine assembly plant in 2008, devastating over 2,000 workers as well as the local economy. GM’s 3.9-million-square-foot campus, located on over 200 acres, remained vacant until 2011 when a GM bankruptcy agreement made it available for purchase. Abandoned machinery, years of neglect and substantial environmental issues plagued the site and hampered its sale.

Solution
ICP saw in the abandoned facility a unique opportunity for redevelopment and community stimulation. ICP purchased the entire campus and launched a massive revitalization effort. Through a combination of demolition, land sales, redevelopment and space reallocation, ICP recaptured the vitality of the former manufacturing facility. The first new tenant, Fuyao Glass America, purchased 1.5 million square feet in 2014, and additional industrial tenants have leased another 550,000 square feet. Currently, ICP is developing 375,000 square feet of the southern-most facility as well as the adjacent surplus land. Additionally, with funds allocated by a GM trust, ICP completed environmental remediation efforts across the property.

Outcome
The sale of the GM Moraine assembly plant injected the community with employment opportunities, tax revenue, and ongoing commerce stimulation. With an overall capital investment of over $700 million, ICP and the new tenants have created approximately 2,300 jobs with an annual payroll of over $100 million. Additionally, local businesses have benefited from the increased support associated with short-term construction activities and long-term employee patronage.