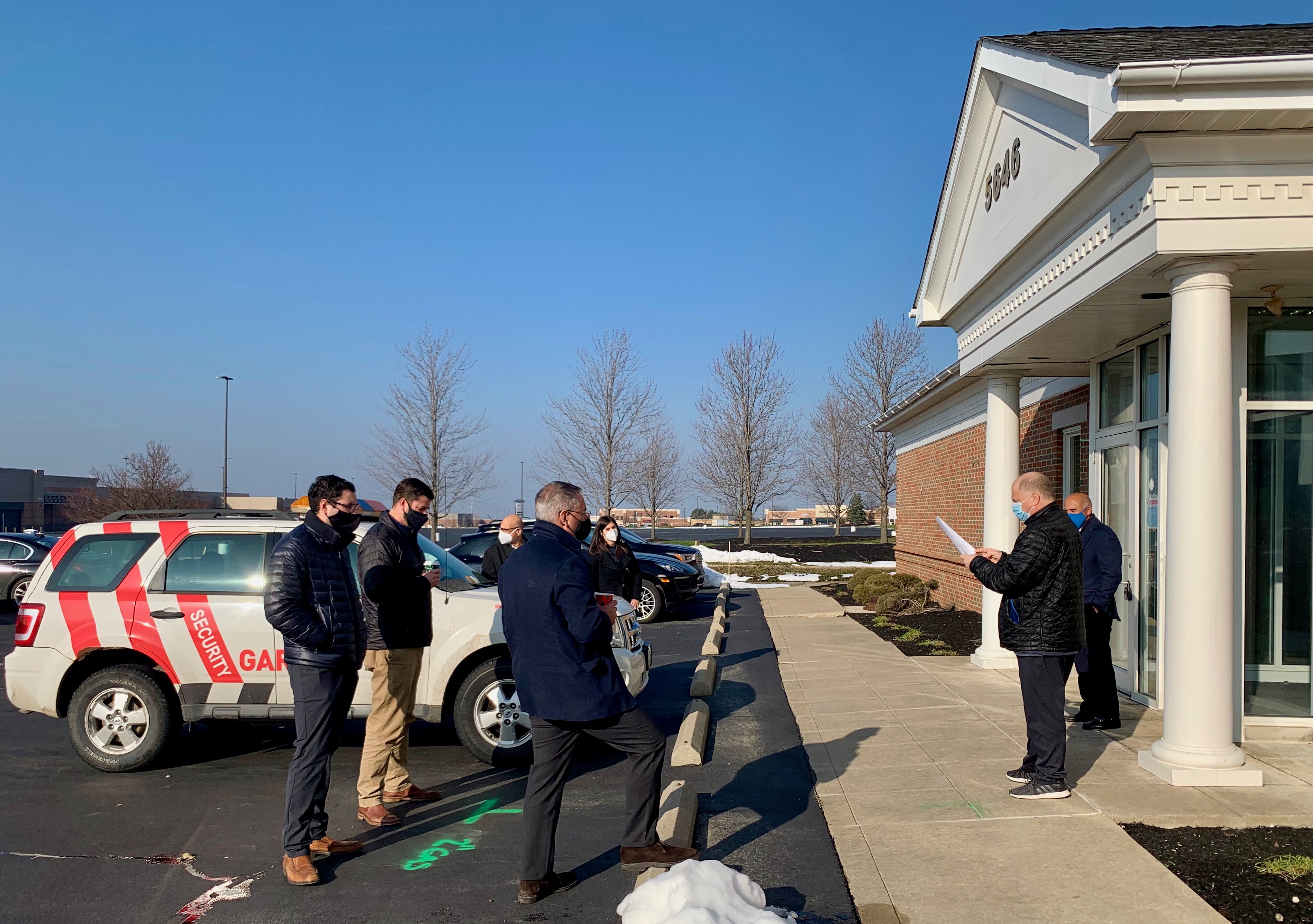 A Solon-based real estate developer will take control of the failed City View Center retail project in Garfield Heights, after entering the winning — and the only — bid for the property.

During a brief auction Thursday morning, Dec. 10, an affiliate of Industrial Commercial Properties LLC offered $2 million for the 60-acre shopping center, which already is being repositioned as a business park.

No money actually will change hands. As the holder of a $132 million note on City View, through a joint venture with local attorney George Simon, ICP had the ability to credit bid up to the full amount of that debt.

The sale, likely to occur within 30 days, closes the book on a nearly 12-year saga of litigation, receivership and distress.

Standing outside a former bank branch on the site Thursday morning, court-appointed receiver Donald Shapiro wryly observed that his oversight of City View began during an economic crisis and is finally ending in the middle of a pandemic.

While Shapiro conducted the sparsely attended auction, painters touched up the stripped-down facades of former big-box stores in the background.

ICP is marketing space at the project, rebranded as Highland Park, to light industrial occupants, technology companies and office users. The site spans more than 500,000 square feet of buildings, with room for more construction. The sole remaining retailers are a Giant Eagle supermarket and Applebee’s.

Owner Chris Semarjian said that ICP might announce its first tenant before the end of the year. He described the auction as “a big step in the process.” Click to read entire article.