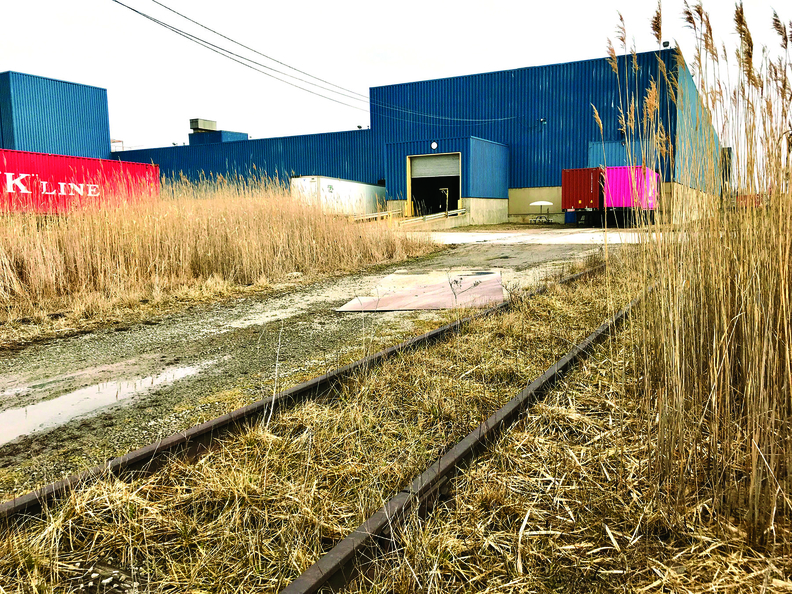 A long unused rail line may be put back into service in Parma by Industrial Commercial Properties as part of the updating of a former transmission factory at 5520 Chevrolet Blvd.

Through Parma Chevrolet LLC, the Industrial Commercial Properties LLC (ICP) real estate firm has purchased the massive building at 5520 Chevrolet Blvd. for $9.2 million and is undertaking a top-to-bottom refresh of the property. It sounds more like a scene from an HGTV home reno show than what’s typical for converting a former manufacturing plant for new industrial and warehouse users.

“We’re really excited about this,” Chris Semarjian, ICP owner, said in a phone interview. “When we’re done, you will think you are walking in a new building. We’re painting the exterior. We’re removing the overhead pipes. We’re replacing the plumbing. We’ll recondition the floors. We’re going to raise the (quality) of the building a level or more.”

Semarjian said ICP bought the 575,000-square-foot building, which includes 50,000 square feet of office space on the second floor, because demand is outpacing supply on the city’s West Side as well as throughout most of the region.

“There’s a real lack of product on the West Side,” Semarjian said. “We’ve had so much good luck at the former American Greetings property (in Brooklyn), where we’ve leased most of the warehouse space, that we wanted to continue the process.”

The property has been owned by 54 Chevrolet LLC, a Pepper Pike-based investor group, since 2011, but remains half-empty. (GM continues to operate the Parma Metal Center next door at 5400 Chevrolet.)

In a significant development, the prior owners sold 18 acres that formerly served as a parking lot for the factory. That became the site for a truck terminal that is nearing completion for PITT OHIO, a Pittsburgh-based trucking company that has a substantial Parma presence. The building features design elements such as architectural brick and solar panels that are atypical for such terminals.

Although the new terminal deprives the 1970-vintage factory of visibility from the street, it also has changed its context.

“It’s a multimillion-dollar investment,” Semarjian said of the truck terminal. “Between that and the adjoining Parma Commerce Center (an industrial park with seven contemporary buildings), we can make the investment to aim higher with this property. It’s a great property due to its location. It has rail service to the building that we can make available once again.”

Semarjian declined to disclose the proposed budget for the improvements or comment on the price disclosed in the Feb. 27 sale, according to Cuyahoga County records. The $9.7 million ICP paid for the property is significantly more than the $4.7 million market value the county assigned to it for property taxes.

The ICP purchase was an unexpected play because the property was already in the hands of a redevelopment concern.

Terry Coyne, a Newmark Knight Frank brokerage vice chairman who heads the industrial unit of its Cleveland office, said, “This is one developer buying from another developer. You never see that.”

Coyne agreed with Semarjian’s assessment of the industrial market, which is expanding rapidly as developers construct huge warehouses to capture a surge of demand, largely to serve the needs of growing online retailers. NKF estimated industrial vacancy at 5.4% in its most recent report at the end of 2019.

Insiders say the property was not for sale and ICP approached the owner about a deal.

Semarjian said the company has done that several times over the past few years “when we have a different idea of a property’s worth than its current owners.”

Joseph Greenberg, a Lee & Associates broker and an investor in the prior ownership, did not return three phone calls and an email from Crain’s Cleveland Business about the sale.

Parma mayor Tim DeGeeter said in a phone interview that the city had not met with ICP by March 10, but he is encouraged by the company’s reputation.

“We’re excited by this investment in Parma,” DeGeeter said, “and look forward to working with ICP to bring more jobs to the city to support our tax base.”

Typically in the 1980s, when Northeast Ohio was peppered with mammoth, empty factories from Mentor to Lorain, industrial developers would invest sparingly in them, primarily adding walls to slice them up for multiple tenants along with office space and rest-rooms. Semarjian said that was the way he and frequent partner Stuart Lichter of Los Angeles-based Industrial Realty Group approached buildings throughout Ohio in the early 1980s.

“However, the longer I have been at this,” Semarjian said, “the more I see that marketing of a building will be challenged if you do not invest in it up front. Industrial and warehouse operators are increasingly seeking ‘antiseptic’ space in today’s market.” Semarjian said ICP acquired the Parma plant alone but continues to do deals with IRG when it’s the best way to approach a deal.

A joint venture by ICP and IRG acquired the former Randall Park Mall in North Randall, which was replaced two years ago by an Amazon warehouse. ICP has done a lot of solo deals more recently, ranging from the former Sears and Dillard’s stores at Midway Mall in Elyria to former Walmart and Kmart stores in Bedford and Garfield Heights, respectively. ICP also has other prospects in the hopper, including a stab at part of the former Geauga Lake land in Bainbridge Township that Semarjian declined to discuss.