Your Partners in Commercial Real Estate

The team at ICP encompasses professionals from all aspects of the commercial real estate business. Our team is comprised of experts in industrial, office and retail properties, development, legal, architectural, engineering, construction and environmental. With decades of experience in the industrial and commercial real estate industry, ICP’s pros can quickly identify needs on a case-by-case basis and deliver unique solutions. 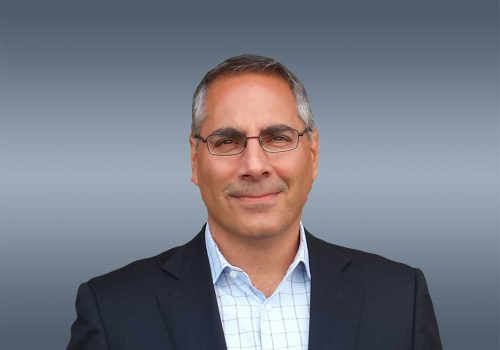 Christopher S. Semarjian is the Owner of Industrial Commercial Properties LLC (ICP), headquartered in Cleveland, Ohio. ICP is well known for providing industry-leading commercial and industrial real estate solutions to its corporate users. Responsible for the operations of over 40 million square feet of property throughout the Midwest, and serving 300 tenants in over 100+ properties, ICP continues to earn the reputation as one of the best in the region. Mr. Semarjian’s focus is to provide innovative solutions that are custom designed to meet the needs of each tenant’s operations.  He strives to build long-term relationships with his tenants, local communities and public officials.

Mr. Semarjian is a principal on many current development projects. Some examples that involve conversions of large dormant facilities into multi-tenant industrial campuses include General Motors former 3.9 million square foot complex in Moraine, Ohio and another 1.7 million square foot, GM facility in Pontiac, Michigan. In Northeast Ohio, the 1.4 million square foot complex in Brooklyn, Ohio, previously home to American Greetings headquarters, is being revitalized and re-tenanted with seven new leases and by 2020 over 2,000 workers will be employed on that campus. Mr. Semarjian also took the lead in the adaptive reuse of the vacant Randall Park Mall location in North Randall, Ohio. When opened in 1976, it was touted as the largest mall in America but was shuttered in 2009. After acquiring the property in 2014, ICP began clearing the site for new development, and it now houses a new 900,0000-square-foot, $177 million, Amazon fulfillment center, which has created more than 2,500 new jobs for the area. He is a partner in the redevelopment of the Goodyear Tire World Headquarters and Lockheed Martin Campus, both based in Akron, Ohio. He has also converted the former Ford Motor Company’s Assembly Plant in Lorain, Ohio into a multi-tenant industrial complex.

Mr. Semarjian began his real estate career in 1987 as an industrial real estate broker with Cragin, Lang, Free, and Smythe, Inc. later moving to Grubb & Ellis. He started acquiring properties in 1996 and over the last 22 years has become one of the leading Midwest real estate developers and property owners. Mr. Semarjian was selected as an “Influencer in Industrial” by Real Estate Forum Magazine in 2018 and was recently inducted into the Midwest Real Estate News “Hall of Fame.”

Mr. Semarjian is proud to call Cleveland home and enjoys spending time with his wife and three children. 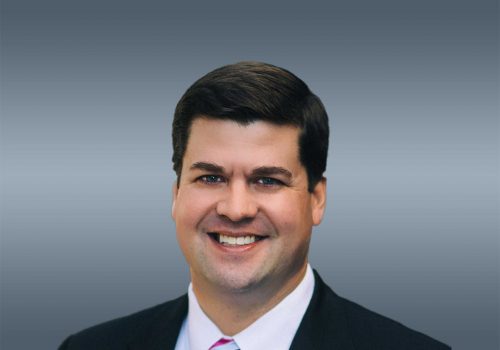 Chris Salata is the Chief Operating Officer for Industrial Commercial Properties LLC.  Mr. Salata oversees the daily operations of the Company and the work of its executives.  In his role, he works closely with Owner, Chris Semarjian, to design and implement business strategies, plans and procedures.  Mr. Salata is actively involved in all of the Company’s investments, acquisitions, corporate alliances, financings and expansion activities. He also plays a key role in managing the Company’s relationships with partners, tenants and vendors.

Mr. Salata was formerly Senior Vice President of Development at DDR Corp. (DDR), where he oversaw nationwide development and redevelopment initiatives for the publicly traded real estate investment trust.  Prior to joining DDR, Mr. Salata was a Principal at Fairmount Properties and served as Chief Investment Officer and General Counsel.  During his time at Fairmount Properties, Mr. Salata served as the lead project executive on Pinecrest, a $240MM mixed-use development project in Orange Village, OH.  Mr. Salata started his career as an attorney with McDonald Hopkins LLC, practicing in the firm’s business department, handling matters related to real estate, finance and corporate mergers and acquisitions.

Mr. Salata holds an undergraduate degree from the University of Notre Dame and a Juris Doctor from Case Western Reserve University School of Law, where he serves as an Adjunct Professor of Law, teaching a business negotiations course to second year law students. Mr. Salata also serves as an Assistant Varsity Boys Basketball Coach at Hawken School in Gates Mills, Ohio. 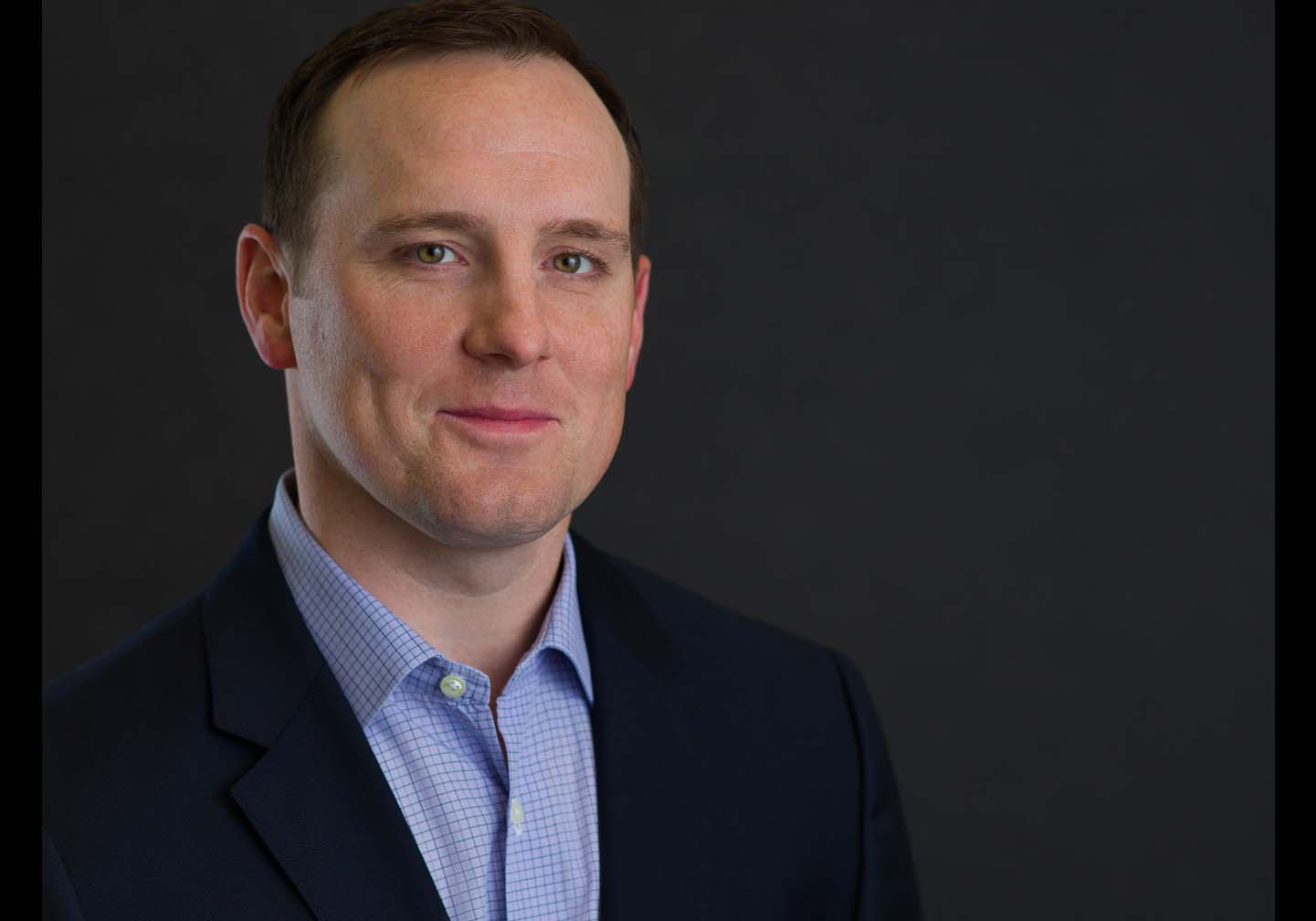 Prior to joining ICP, Mr. Kern was the Senior Vice President of Leasing and National Accounts at DDR Corp./ SITE Centers, a publicly traded real estate investment trust.  In that role, he was responsible for directing the Leasing Department for the Western U.S. and Puerto Rico, a portfolio consisting of approximately 30 million square feet.  He also oversaw its National Accounts Department, with relationship management responsibilities for the Company’s fifty largest tenants.

Mr. Kern is a graduate of Colgate University, where he earned a degree in Economics and was a member of the school’s NCAA Division 1 basketball team. He is a Board Member for the Cleveland chapters of The First Tee and Positive Coaching Alliance. 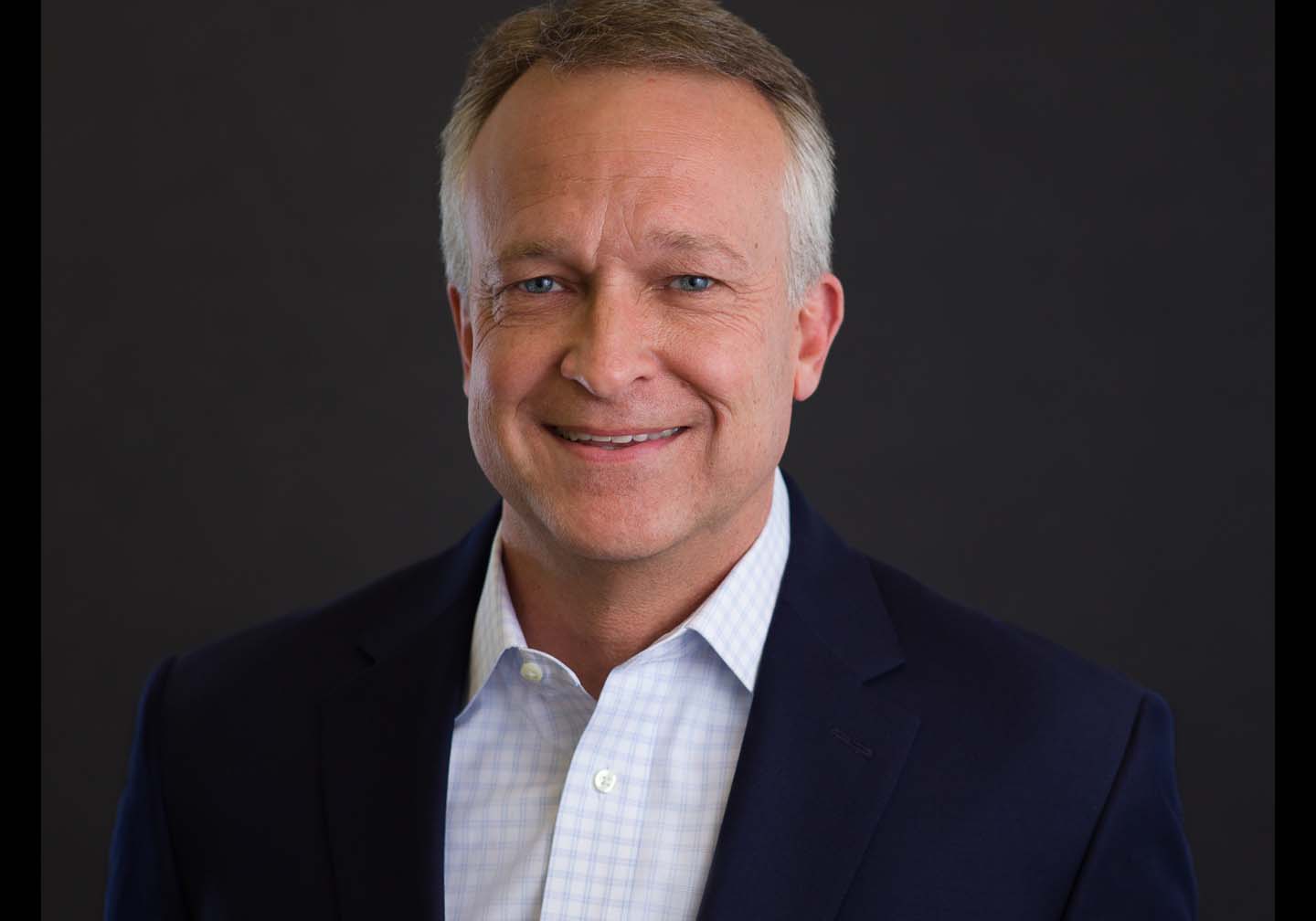 Dean Miller is Senior Vice President and Director of Leasing for Industrial Commercial Properties (ICP). He joined ICP in 2010 and is responsible for leasing, business development, acquisitions and asset management of IRG ICP’s portfolio in Southwestern Ohio. Dean is a licensed Real Estate Agent in Ohio who has managed more than 15 million square feet of transactions over a 31-year career, involving the development, acquisition, leasing and sale of large commercial real estate assets.

Before joining ICP, Mr. Miller was Vice President of Development with a regional development company based in Southwestern Ohio, where he oversaw the development of over 3 million square feet of industrial, office and retail buildings.

Mr. Miller has been in real estate since 1987, when he graduated from Wright State University with a Bachelor of Science in Business, specializing in finance. He currently resides in Waynesville with his wife Beth. 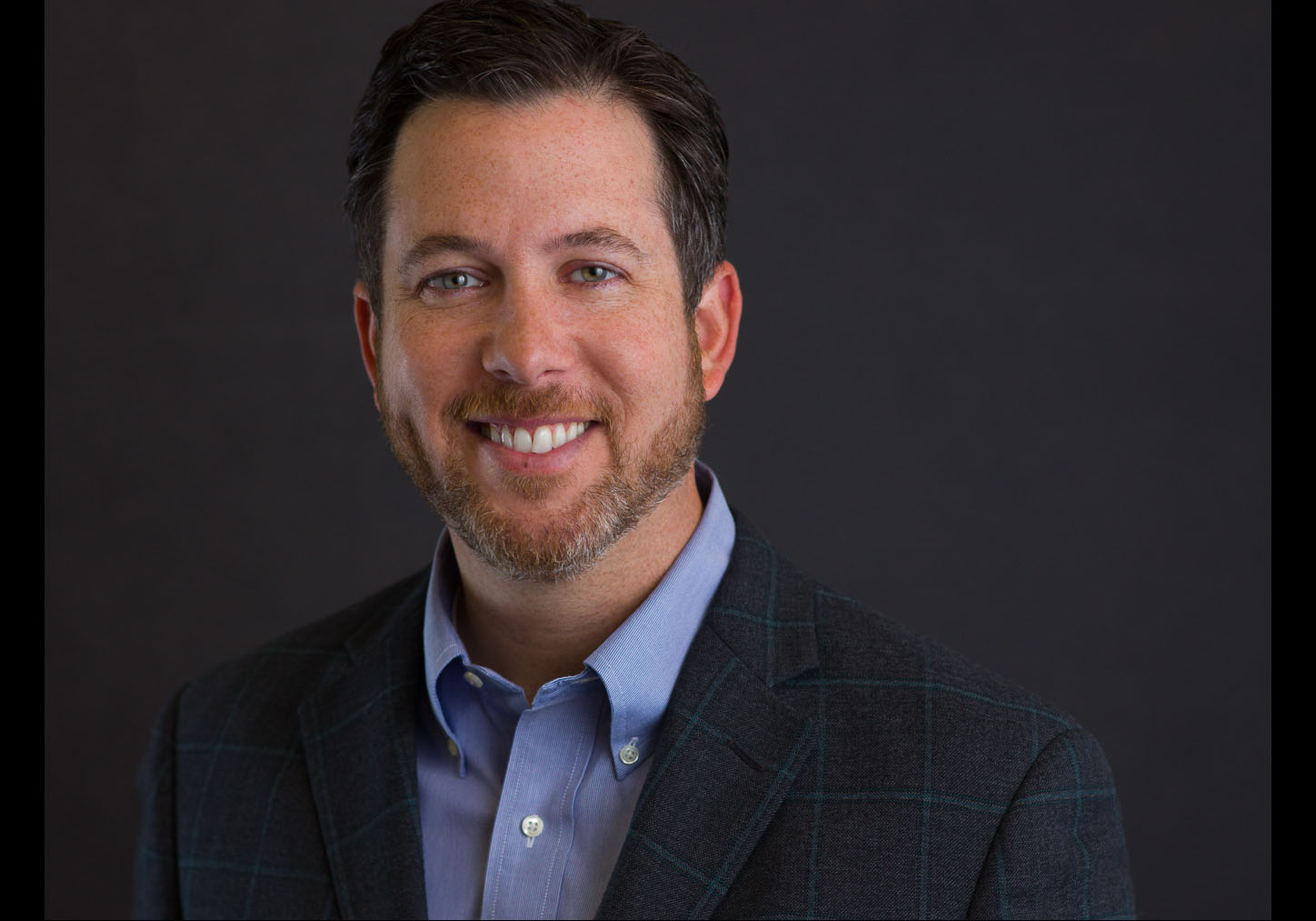 Andy Hill is the Senior Vice President of Finance for Industrial Commercial Properties LLC. Andy is responsible for directing ICP’s financial planning and accounting practices as well as its relationships with lending institutions, investors and the financial community.

Andy received his undergraduate degree in Finance and Marketing from Ohio University and his MBA with a concentration in Finance from Miami University (Oxford, OH). 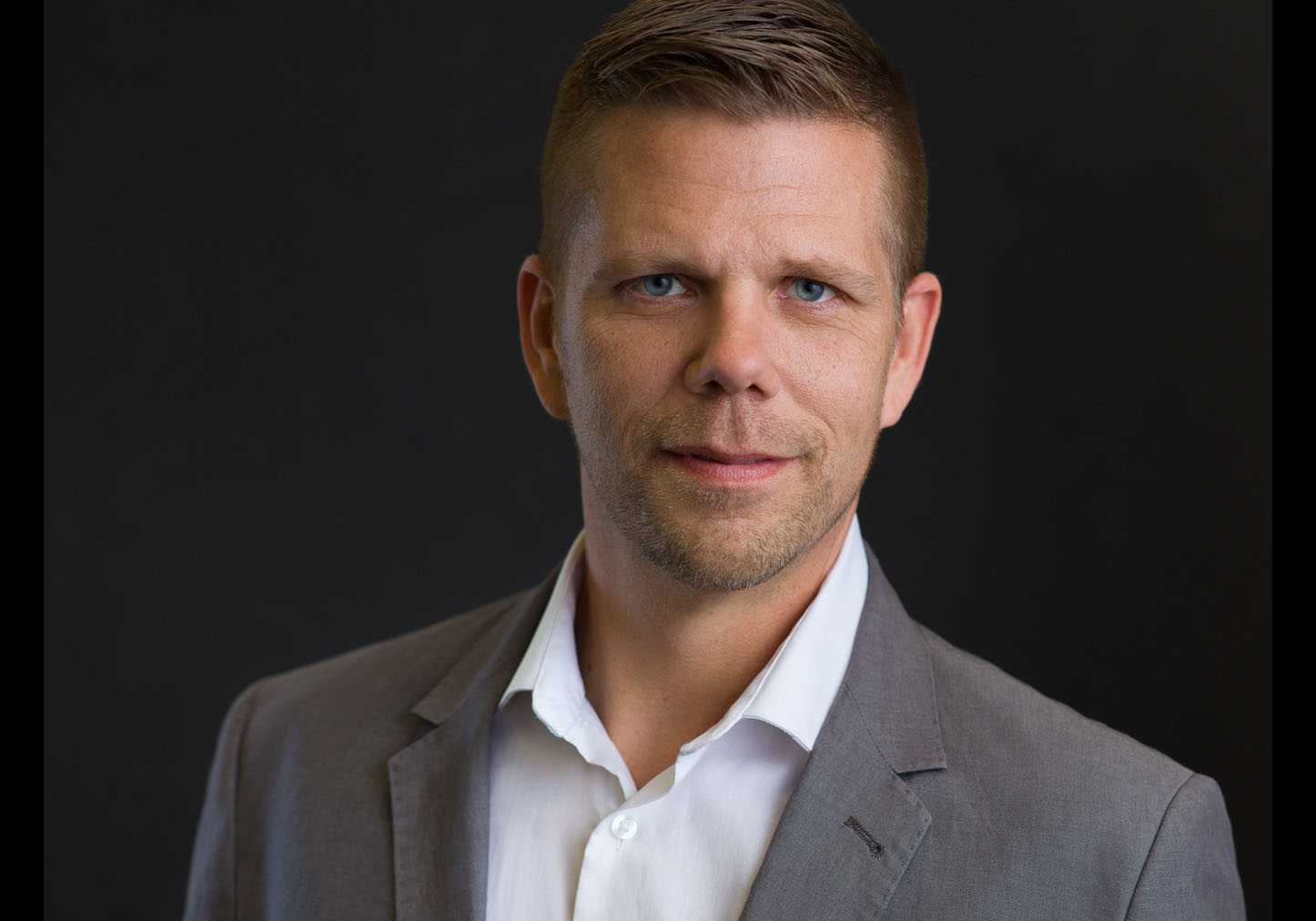 Jake Rutkowski joined the Industrial Commercial Properties team in 2014 and is now responsible for managing all aspects of ICP construction activities through its affiliated company, Construction Resources One.  The CR1 team lends its value-added services to many of ICP tenant and building improvement projects.

Mr. Rutkowski possesses greater than 25 years of commercial construction experience and has been involved in over 120 projects in varying roles. His experience ranges from his early beginnings providing hands-on labor, advancing through project management, and culminating with corporate officer positions where he has been since 2010.  He is skilled in all aspects of the construction process from planning to estimating to project management.  Jake is especially proficient at finding effective solutions to difficult or complex issues.

Jake attended Bowling Green State University where he studied Business Administration and now resides in Strongsville, Ohio with his wife and children. 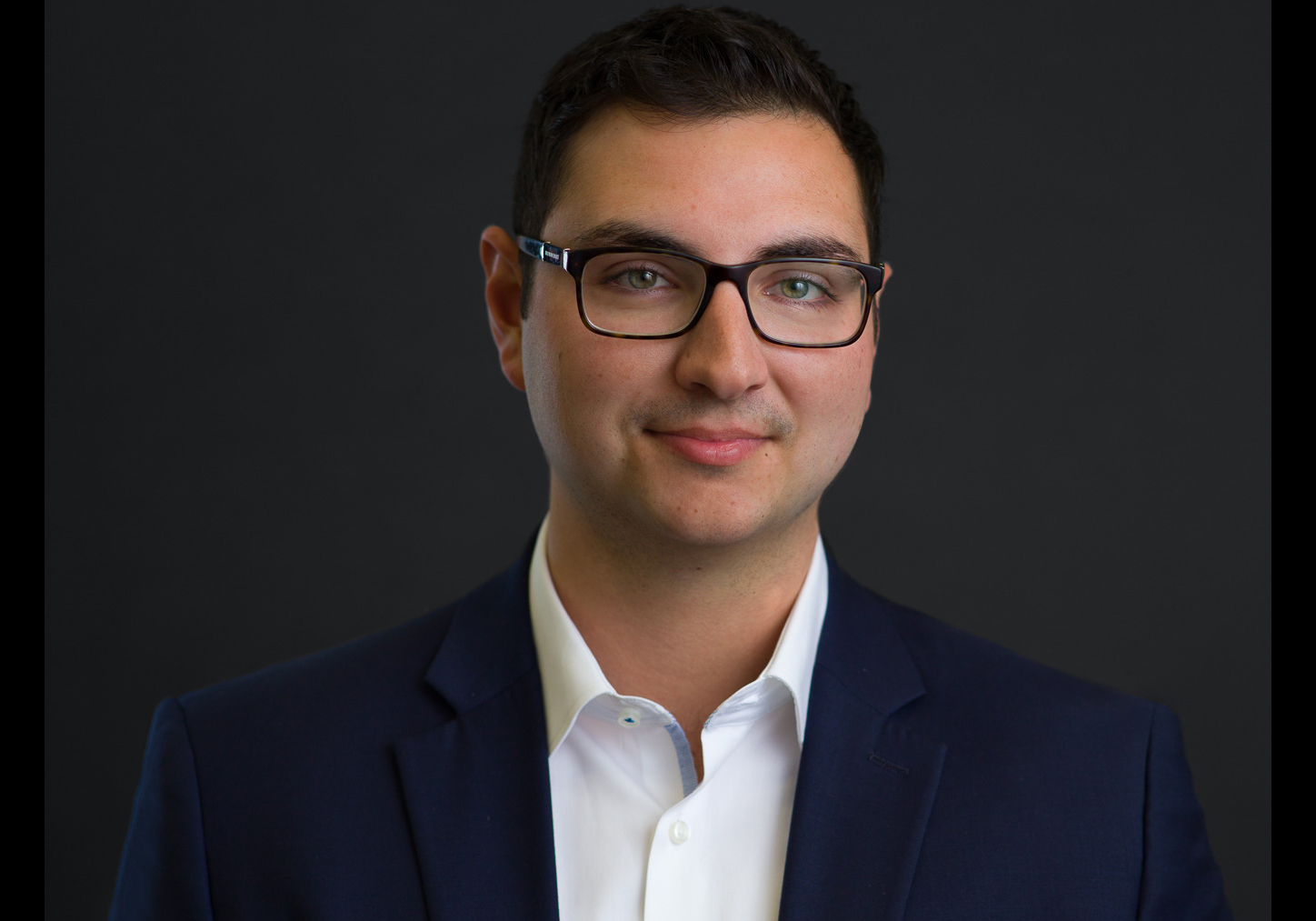 Austin Semarjian handles the leasing of over 35 million square feet in Northern Ohio and Michigan, which includes industrial, office, retail and mixed-use properties. Since joining ICP in 2017, Austin has completed over 40 leases, acquisitions and dispositions. Austin is responsible for continuing the growth and value of the portfolio by increasing occupancy and acquiring high-quality assets. Austin graduated in 2016 from The Ohio State University with a focus on finance and economics and began his real estate career at DDR. 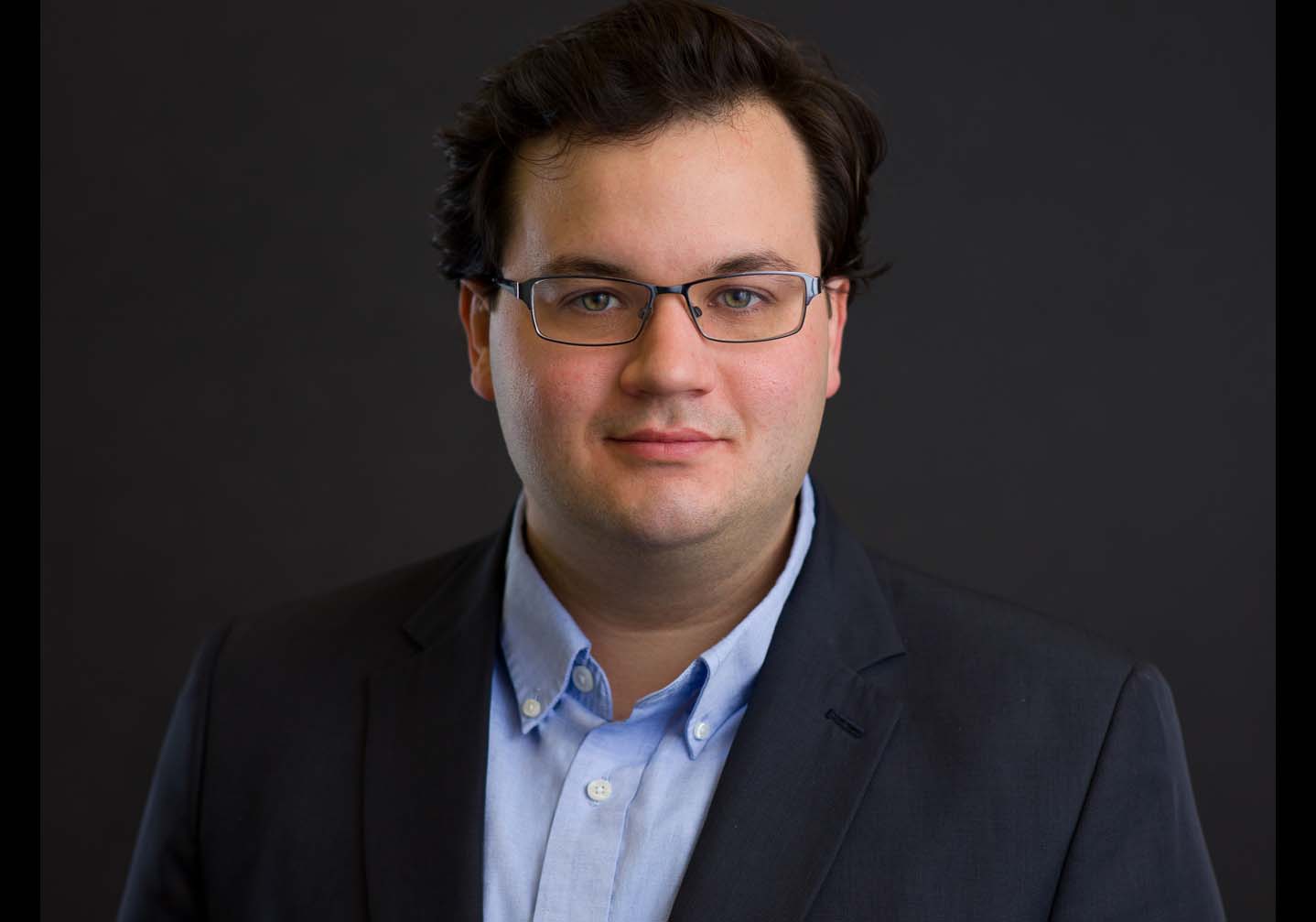 Kohl Kirkland is an associate with IRGICP in Southern Ohio, covering the Dayton, Columbus, and Cincinnati markets. His focus is on developing new relationships with companies in the market who could benefit from our services, whether that be leasing, acquisitions, or new development.

Prior to joining the company in 2017, Kohl was a broker with Miller-Valentine Group in Dayton, focusing on industrial and investment properties throughout Southwest Ohio. 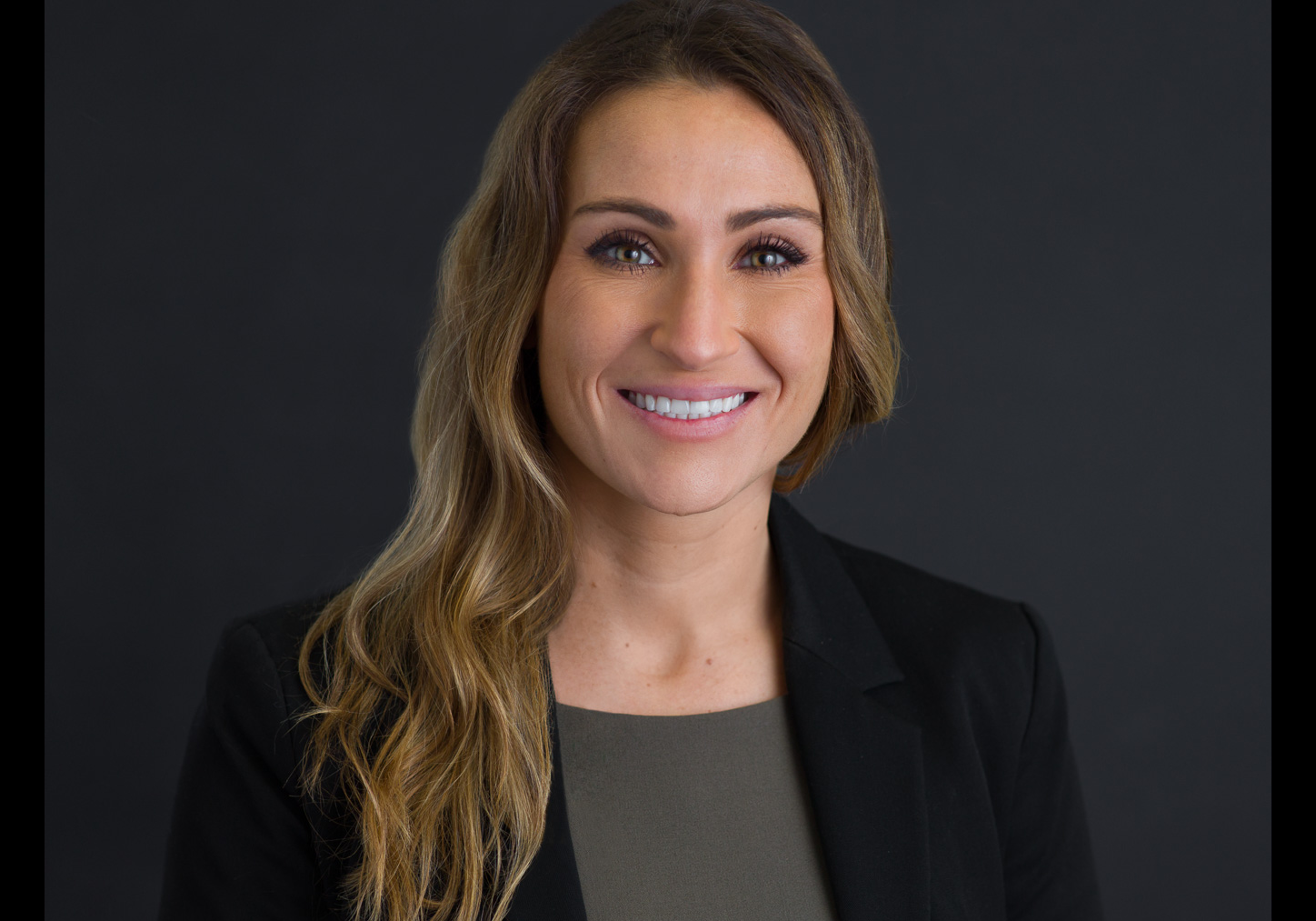 Prior to joining ICP, she worked as a National Account Executive for a capital equipment manufacturer, managing relationships with multiple Fortune 500 companies across the United States and Canada.

Michelle graduated from Kent State University with a degree in Sociology and Management. 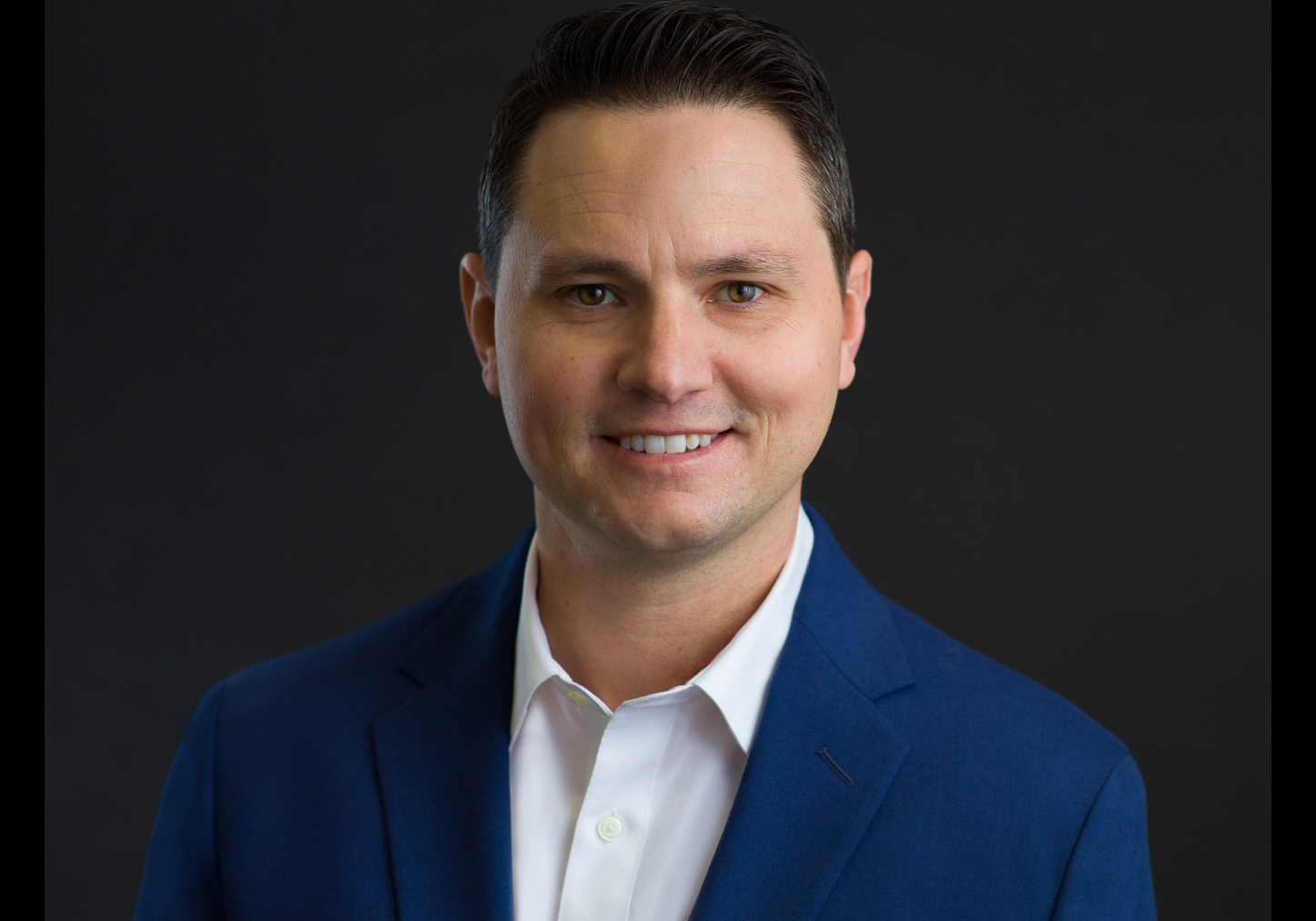 Jamie Supanich is a Facility Engineer for Industrial Commercial Properties.  Before joining the company in 2015, Jamie spent 10 years in the manufacturing industry as an Industrial/Manufacturing Engineer with companies like Delphi Automotive and Rubbermaid. Trained in Six Sigma (Green Belt) and Lean Manufacturing, he has the proven ability to cut cost and improve manufacturing systems.

Today, Jamie oversees the technical aspects of our facilities.  He keeps the building drawings up to date and provides layouts for Marketing and Lease Exhibits. With a site tour or conceptual meeting of any operation, whether it be Office, Retail, Manufacturing, Distribution & Warehousing, Jamie can help lay it out in a space we can provide while focusing on cutting cost and improving efficiency. 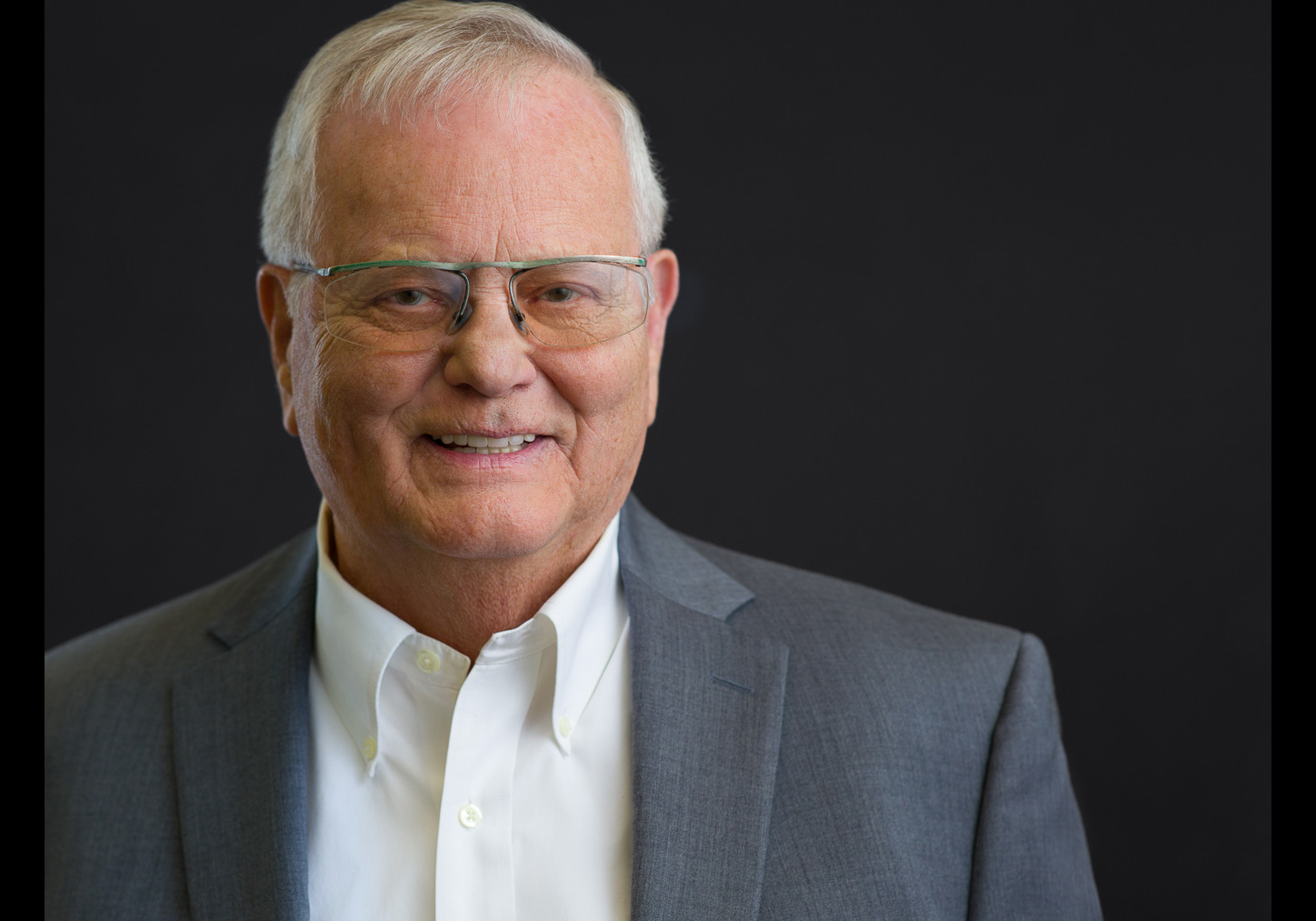 Tom Porter serves as an engineering and development consultant specializing in facilities planning and construction consultation to build-to-suit clients.

Mr. Porter operates his own firm, providing construction and development consulting services for his clients. His career experience includes 10 years of plant engineering assignments and management for WABCO and RB&W, 20 years in real estate and construction project and operation management for Ford and Figgie International and 20 years serving real estate firms such as Grubb & Ellis, Industrial Commercial Properties and IRGICP. 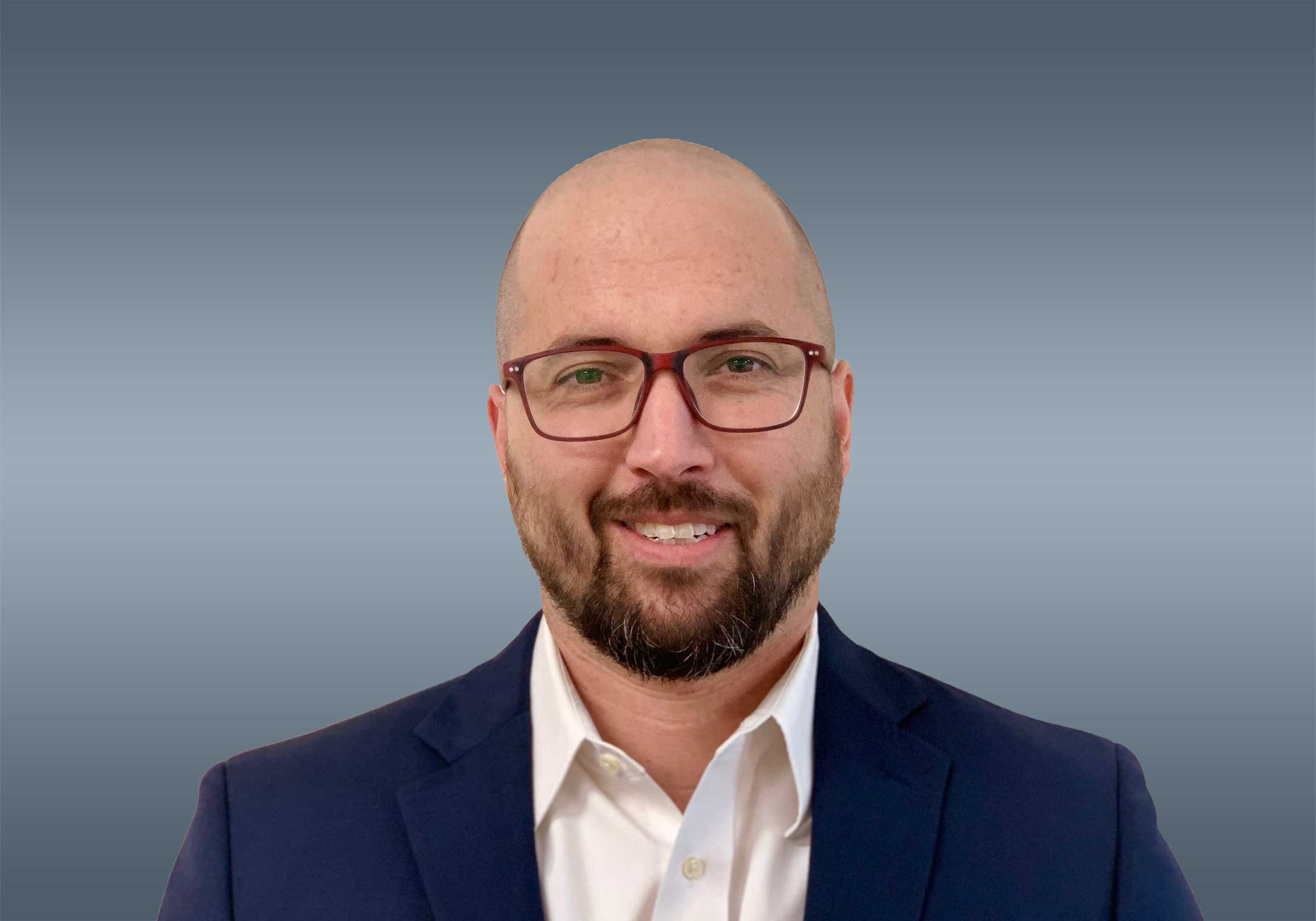 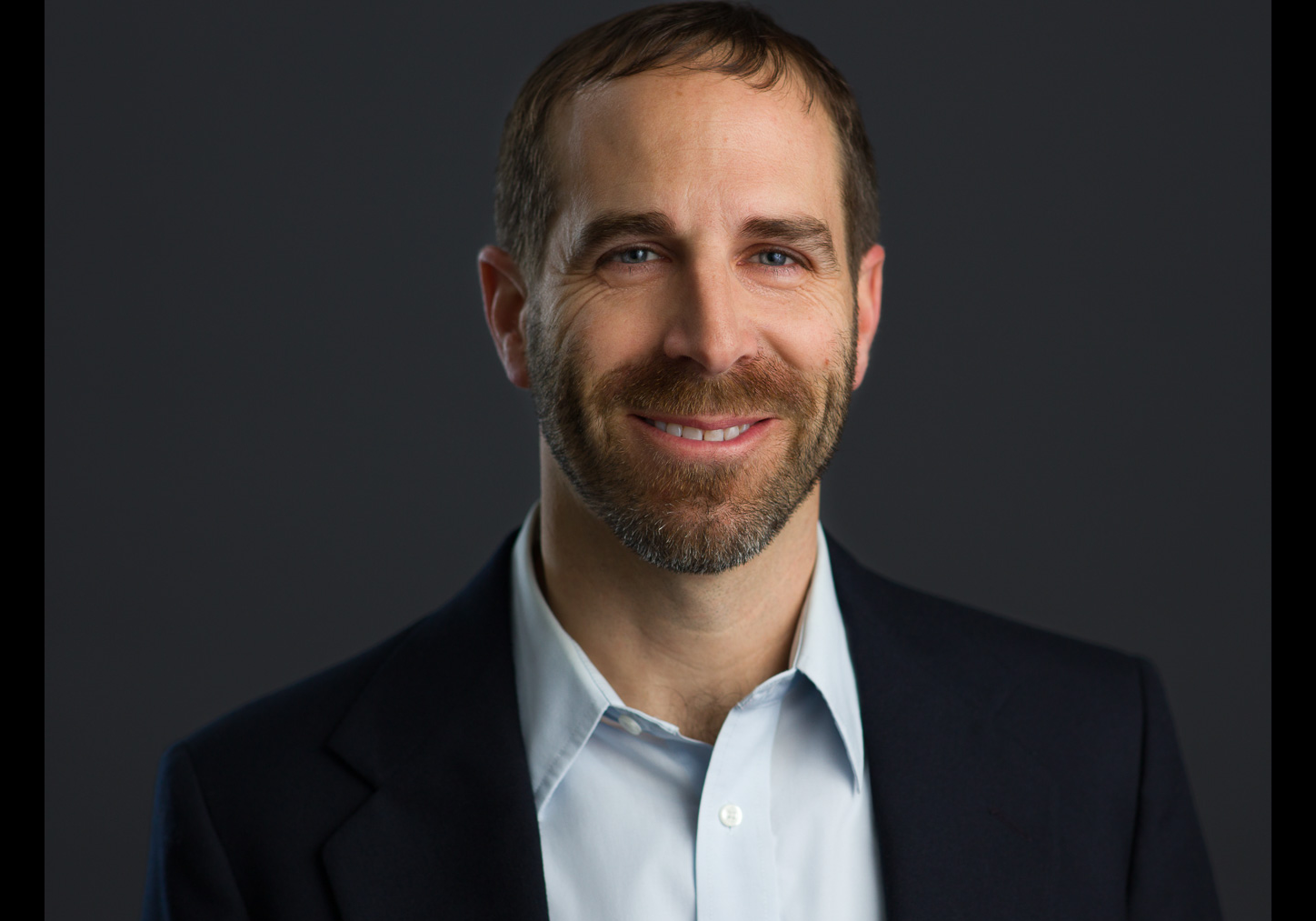 Director of Marketing and Research